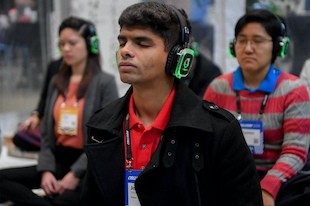 Articles on observation of the present moment, caffeine consumption side effects